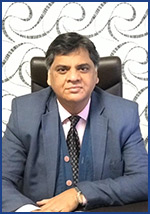 Prof Prakash Nanda has always combined journalism and academics throughout his career. Having studied at Jawaharlal Nehru University at MA, M.Phil and PhD levels, he has done specialised courses from Fletcher School of Law and Diplomacy (Boston) and Seoul National University. He has been a visiting Professor at FMSH (Paris) and Yonsei University (Seoul), and a National Fellow at the Indian Council of Historical Research. He is a recipient of the prestigious Seoul Peace Prize Scholarship. Until recently, he was Chairman, Governing Board of Desh Bandhu College, University of Delhi. Currently, he is a Distinguished Fellow at Institute of Peace and Conflict Studies, New Delhi. He is also the Editor of a strategic monthly, Geopolitics.

Prof Nanda began his career in journalism as an Assistant Editor at the Times of India, New Delhi, where he worked for 11 years and held several key positions, including the portfolio of Indian foreign policy and international affairs. Prior to this, he had served as Political advisor to Ambassador of Japan to India. He has been a regular columnist at Firstpost and Lindro (Italy), and authored more than 3000 articles, several books, special features and monographs.

Among his books are :

Two of his famous monographs are : 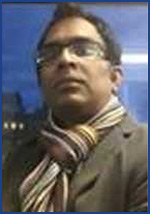 Sarat C. Das has well over two-and-a-half decades of working career behind him, spanning television broadcasting, print and new media, publishing and teaching in Australia, India, Afghanistan, Nepal, UAE and UK’s higher and further education sector. A large part of his career has been in key positions involving overseeing delivery of UK university programmes such as University of Wales MBA programme and post graduate programmes of Anglia Ruskin University at its London Outcentre, corporate training at University of Brighton at Hastings campus in UK, and managing editorial production of newspaper, new media and broadcasting.

Das also taught liberal arts and management programmes in UK for more than seven years at various levels including Level 8 research students. Das regularly got invited to deliver lectures at seminars and other forums and particularly has a commitment towards the London based International Conference organized by Academy of Business & Retail Management (ABRM) in multiple cities. His recent years’ research papers and lectures at these events focused on cross-disciplining social science and philosophy with management. Das presented a series of papers including topics such as ‘Globalisation and Cosmopolitanism’, ‘Free Will and Consumer Choice’, ‘Relationship Marketing replicates Small-World’ and ‘An Investigation into the morality of Peter Drucker’s knowledge worker’, etc.

Das holds two first degrees including an honours degree in sociology, a post-graduate diploma in journalism, and two master’s degrees – MA in film and television studies from Griffith University (Brisbane, Australia) and an MBA from Plymouth Marjon University, UK (earlier known as St Mark and St John University). Das has also earned Level 4 (75 credits) through a series of on-campus credit-based courses at Oxford University between 2012 and 2016 after spending four years researching on truth theories (post-modernism perspective) in the University of Greenwich, UK. His primary research areas include interdisciplinary study of management-philosophy, stereotypes, cultural myths, postmodernism, cultural anthropology, surrealism and both colonial and post-colonial literature.