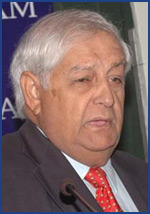 Mr Mehra represented India at ILO meetings on steel and technology and was a member of the joint consultative committee on steel as well as the joint bi-partite committee on coal (JBCCI), besides being Director of the UP State Minerals Development Corporation. In his early years, he was the Hon Council General of Sweden for many years.

He is on the executive committees of ASSOCHAM, CII and several other professional organisations. Apart from his mentioned positions, he has been appointed by the Govt of India on the Government Council of VV Giri, National Labour Institute. Currently, he is an Advisor of Eminence (Corporate Initiatives) American Society for Quality.

Ambassador Singh finished his schooling at Mayo College, Ajmer and obtained his bachelor’s degree in Politics at the St. Xaviers College, Kolkata. He is a Post Graduate in International Studies from the School of International Studies, Jawaharlal Nehru University, New Delhi. He joined the Indian Foreign Service (IFS) in 1980. Among his important assignments during his illustrious diplomatic service over 30 years were the posts he held as Ambassador of India to Germany, Indonesia, Ethiopia, Djibouti and Representative of India to the African Union, UNECA and IGAD. He was also Deputy Permanent Representative of India to UNEO and UN-HABITAT.

He has also authored five books:

The Abalone Factor on India-Japan business relations.
This book was awarded the Bimal Sanyal Award for Research by an Indian Foreign Service Officer

The Injera and the Pratha on India and Ethiopia 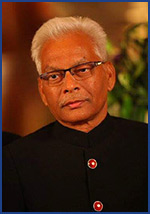 Ajit Kumar Singh, a retired Indian Administrative Service (IAS) officer belonging to Rajasthan cadre of India’s premier civil service, has held many important positions in the Rajasthan government in his distinguished career of over 32 years. He is an alumnus of Jawaharlal Nehru University Delhi and St. Xavier’s College, Ranchi. After retiring as Additional Chief Secretary of the state, he has set up Aks’ 4D-Gurukul, a unique set up to mentor civil service aspirants. 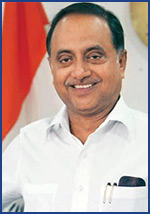 Neeraj Kumar, the former Commissioner of Delhi Police, is from the 1976 batch AGMUT (Arunachal-Goa-Mizoram and Union Territories) cadre. He recently completed his tenure as the Chief Advisor to the BCCI for their Anti Corruption & Security Unit (ACSU).

During his distinguished career of 37 years, Kumar served in Delhi, Arunachal, Mizoram and Goa. Besides serving on various positions in Delhi Police, he was summoned to Delhi in 1982 to be a part of the police arrangements for the Asian Games, for which he received several recommendations.

In 1992 as DCP/Crime he unearthed the massive multi crore racket in state run lotteries. In 1993, Kumar was promoted to the rank of Deputy General of Police after which he was on deputation with the Central Bureau of Investigation till 2002. He investigated several cases of terrorism, organized crime, economic crime and corruption. As the Director General (Prisons) he introduced several measures such as “Padho aur Padhao” (First learn yourself and then teach others) and “Sparsh” for the welfare of jail inmates. He retired from office in 2013 from the post of CP. 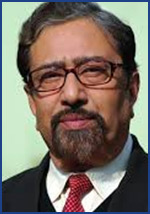 Riyaz Punjabi, is a former Professor and Vice Chancellor at the University of Kashmir. Recipient of Padma Shri in 2011, Prof Punjabi was granted an Honorary Professorship at the International University Vienna In 2008. He also won the Amity Academic Excellence Award in 2009, the Fazil Memorial Award in 2009, and the Adbi Markaz Kamraz award in 2010. 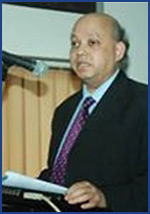 Dr Datta has earned his first degree in Plasma Physics from Moscow, Russia, an MBA from England, MSc in marketing from Glamorgan University (UK) and PhD in Marketing from University of Hertfordshire. He is a fellow of the Chartered Institute of Marketing (CIM), UK and member of various professional bodies including British Academy of Management, European Marketing Association, Chartered Institute of Marketing and European association for Evolutionary Political Economy.

He has worked as a consultant with a wide range of nationals and international organisations in Bangladesh, India, Sri Lanka, Pakistan, Nepal, Nigeria, Tanzania and UK. Dr Datta has published extensively in various international referred journals and conferences. 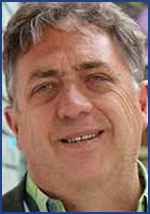 Initially started as a journalist in Queensland based Courier Mail newspaper, Dr John Cokley taught at various Australian universities including Griffith University, Swinburne University of Technology and University of Queensland in the field of Communication and Media. Over the years, he worked as a Small Business Mentor, John Cokley, a nationally-accredited business trainer who has owned and successfully operated small businesses in Australia since 1982. 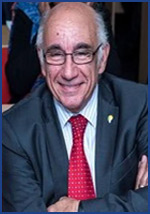 Served at University of Wales Newport, UK, in the role of Associate Dean of Newport Business School for a long period of time. This work has taken him to an overwhelming number of countries, in a quality assurance role, to ensure parity of standards and experience when students were studying University of Wales degree courses based overseas. Mr David has continued his quality assurance activates as a current QAA Reviewer and a member of the QAA Appeals Committee.

Mr Dipankar Roy has over three decades of experience dealing with policy makers and decision shapers at India’s central and state governments to execute corporate agenda and programmes both in areas of public policy development and policy advocacy. He worked closely to plan and facilitate in executing programmes as an extended arm of the Gujarat Government when India’s incumbent Prime Minister Narendra Modi was the then chief minister of Gujarat State. He was a part of the core team to plan and execute Vibrant Gujarat Global Investor’s Summit.

Roy led some of the key verticals of two of India’s apex industry bodies – served as director, both at CII (Confederation of Indian Industry) and FICCI (Federation of Indian Chambers of Commerce and Industry) — in the areas of operations, policy and regulatory issues. As an alumnus of Bishop Cotton School of Shimla and Indian Institute of Management (IIM) Kolkata, Roy holds an MA in Economics from Allahabad University as a merit scholar. Well-travelled in Hong Kong and mainland China, Dipankar Roy has an insight into business and economy in China and India. Roy earlier had conceptualised and executed investors summit and industry seminars at the highest level. Dipankar Roy taught at IIM, Ahmedabad, and Management Institute at Nirma University as a visiting faculty.